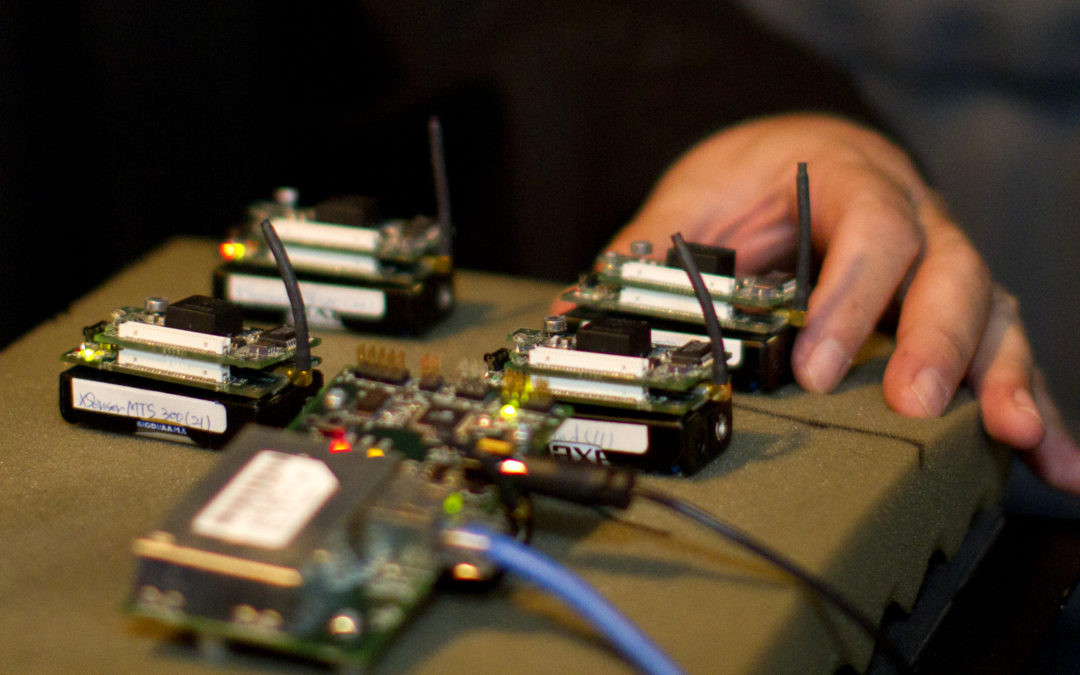 Current research in Communications at the SenSIP Center are in the areas of MIMO systems, multi-carrier systems including OFDM and CDMA, and cleaned equalization coding. The following publications includes some of the by the faculty members of the SenSIP center. We have included a primer on OFDM systems.

In the networking area, research is conducted in the areas of scheduling and security. Scheduling algorithms are designed to improve the performance of communication networks and smart-grids. Research in the network security area focuses on privacy-preserving methods for sensor networks and social networks as applied to mobile users.

Wireless sensor networks are used for distributed estimation and distributed detection. Effects of wireless communication channels on the performance of these inference systems are quantified, in addition to the effect of multiple antennas. Estimation algorithms that exploit fixed transmit power and phase modulation are also developed, which allow robust estimation for low-latency and limited bandwidth applications such as health IT and security.